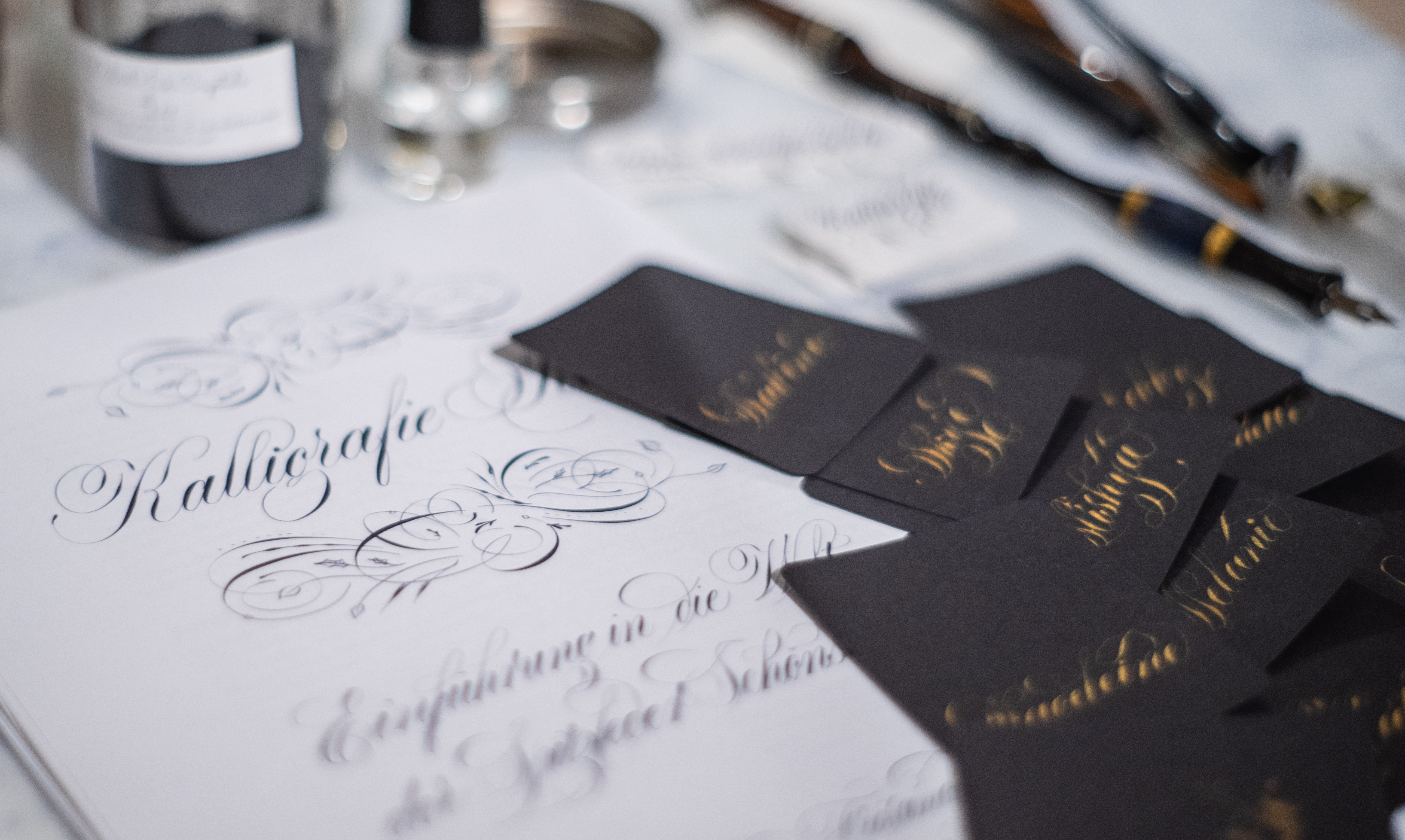 This past weekend, I taught my first Calligraphy class in person. It was incredible. And it has caused this spiral of thoughts. This walk down memory lane back to high school. Memories of a past self that wished to be a teacher, but brushed the idea away because her ideal could not merge with her mind's definition. This is my teaching journey (and a writing exercise because I'm rusty).

It's funny how I remember it so vividly. Saying I want to be a German Teacher. That was what really pushed me to go take that test that with a pass would allow me into higher education, into yet another four years of high school and catapult me directly to university and more schooling afterwards. I did go to academic high school. I believed in becoming a German Teacher for almost two years. Then I grew older. I grew better at English, I fell in love with English Literature and met all the authors I learned to passionately despise that were inexplicably celebrated as the heroes of German Literature. I remember deciding I did not want to be a German Teacher. I remember not wanting to teach people that were forced to learn, especially not something, that so definitely wasn't a "life skill". No one cares if you read Goethe (and absolutely hated it) out there, no one really cares if you think F. Scott Fitzgerald is one of the most brilliant authors out there and no one cares if you believe Baudelaire is the most incredible tormented Poet to ever walk this earth. When people asked me why I decided not to become a teacher I used to say "I don't wanna teach people that are forced to learn something they don't care about." I want to teach the people that love what they are learning as much as I do. Only I never said that second part out loud.

It's weird how I decided to not become a teacher and yet at the same time, already was one. But not in the school sense.

I started writing tutorials almost a decade ago. It's crazy thinking about it, that at sixteen I had nothing better to do than start a second blog. After having my first blog about my story writing, when I was in a creative rut I started "KreaTief" a word play between creative and creative low point which became my place to be creative when I couldn't write on my stories. It all began with Gimp Tutorials because I had been using Gimp for years to create cover artworks for the stories I was writing. At the same time I learned about the meta level and I became so obsessed with it, it somehow took over. It grew so meta, that I started to write tutorials about how I was teaching myself to code CSS to make my tutorial blog prettier. Google Blogger was written with XML. Didn't think I'd meet the second love of my life while being frustrated with my first one. But well, Coding became an affair and writing about coding yet another passion.

I was somewhat well known back in the day in the Google Blogger world. My Tutorial on how to design a split date Design was published on the largest german blogger tutorial blog and was one of the most popular posts on the site. Teaching people how to code while teaching mostly myself became kind of my life.

That's around the time halfapx was born too, after writing on Google Blogger from 2010-2015 I decided to ditch Google and go full on nerd on jekyll. I taught coding on halfapx.com until – well, Calligraphy entered my life at the end of that year.

While I was doing that entire Coding Tutorial Thing, that exact tutorial blog got me the internship that lead to my professional path. I left Uni where I was studying English Literature and Communication Science. I knew I was never gonna be a teacher at that point, still oblivious of the wider definition teacher is. I began studying Media Engineering and I did end up as a tutor for my coding classes. And I absolutely loved it.

Everything changed once Lettering entered my life. I have written about how it changed on many occasions, but I don't think I've ever talked about how much I still enjoy writing about the things I learn. How much this blog is still so much like its very first iteration. Whenever I learn something new, I want to write about it. I want to show the people reading my blog, my Instagram, the people watching my videos. I want to – teach.

I realized very early on in my Calligraphy Journey I wanted to teach it at one point. But, teaching someone in person was so different than writing a blog post about something. Teaching meant I had to offer knowledge and expertise and I knew I didn't have that. Not yet.

It took almost three years before I decided I was at a point where I felt ready. I felt like I had something to offer. I had perspective, but also enough research under my belt. My biggest fear was being unprepared, standing in front of people and them asking a question I didn't know my answer to.

I always loved presentations back in school. Digging out Powerpoint (yes, I said it. I do love whipping up my slides and yes I will bring them everywhere) and sharing information I have gathered in a way that is fast to digest but still provides enough that people will remember those bullet points. I always liked standing in front of people (did I ever mention I played theater for a couple years too? Introvert yes, but not if you let me talk about stuff I'm passionate about for hours). People surrounding me urged me to teach many months before I felt ready, but I couldn't.

The main thing holding me back was knowledge. All the knowledge I knew I didn't have. And even though at one point I had to tell myself I would be teaching a beginner's class and not a Calligraphy Master's class I still felt all of that bubble up once I was there. Standing in front of the slides I had prepared, packed with 61 pages for all of my students to take home. For the first few minutes I felt like I wasn't ready.

Nerves are good. They remind me to go over every detail once the presentation is done and figure out a thousand ways to change it and think if they improve. Knowing this will not be the first class is – soothing. It's as if you get another chance. You get to redo and next time, you can change and adapt.

This is what I have always loved about dealing with people instead of camera lenses. Once you are standing in front of someone you can adjust. Tutorials are wonderful. Online Classes are amazing. But being able to take a pen out of a person's hand and adjust it to fit the slant, being able to react to typos people make in their code that will cause them to look for a lost comma for hours. You can help faster.

I always wanted to be a teacher, yet I always had this idea that a teacher could not exist in a more modern context. All of us can be teachers these days. If you have knowledge or a perspective, you can write about it. It's difficult sometimes. Knowing when to refrain from teaching something and when to start. I know it really is for me at least. But at the same time, one of the most rewarding things.

Sometimes I really wish I could go back in time. Sometimes I wish I could tell myself at fourteen that I should stop looking at things in just black and white and see all the shades in between. But then again, my past self would probably still not understand. I mean, how do you explain a tech nerd obsessed with literature, that one day she will take a break from writing stories to write letters like they did ages ago. I mean, yeah we were always into vintage things but mostly into the future. But I gotta say, pretty sure past me would think being a new-school internet teacher is kinda cool.

Past me had this idea of a teacher that could not fit into her reality and thus was shoved aside. I'm glad present me had the chance to dig it back out. Because here I am. I am now teaching a lost form of art, which is probably even less required to be able to "life" than knowledge about literature. But the people I teach have this spark in their eyes. They look at gorgeous letters and get at least a hint of that feeling that I get. They learn and after they learn, they might fall in love. And teaching something that people are not forced to learn, but love to learn – that is everything high school me ever wanted. 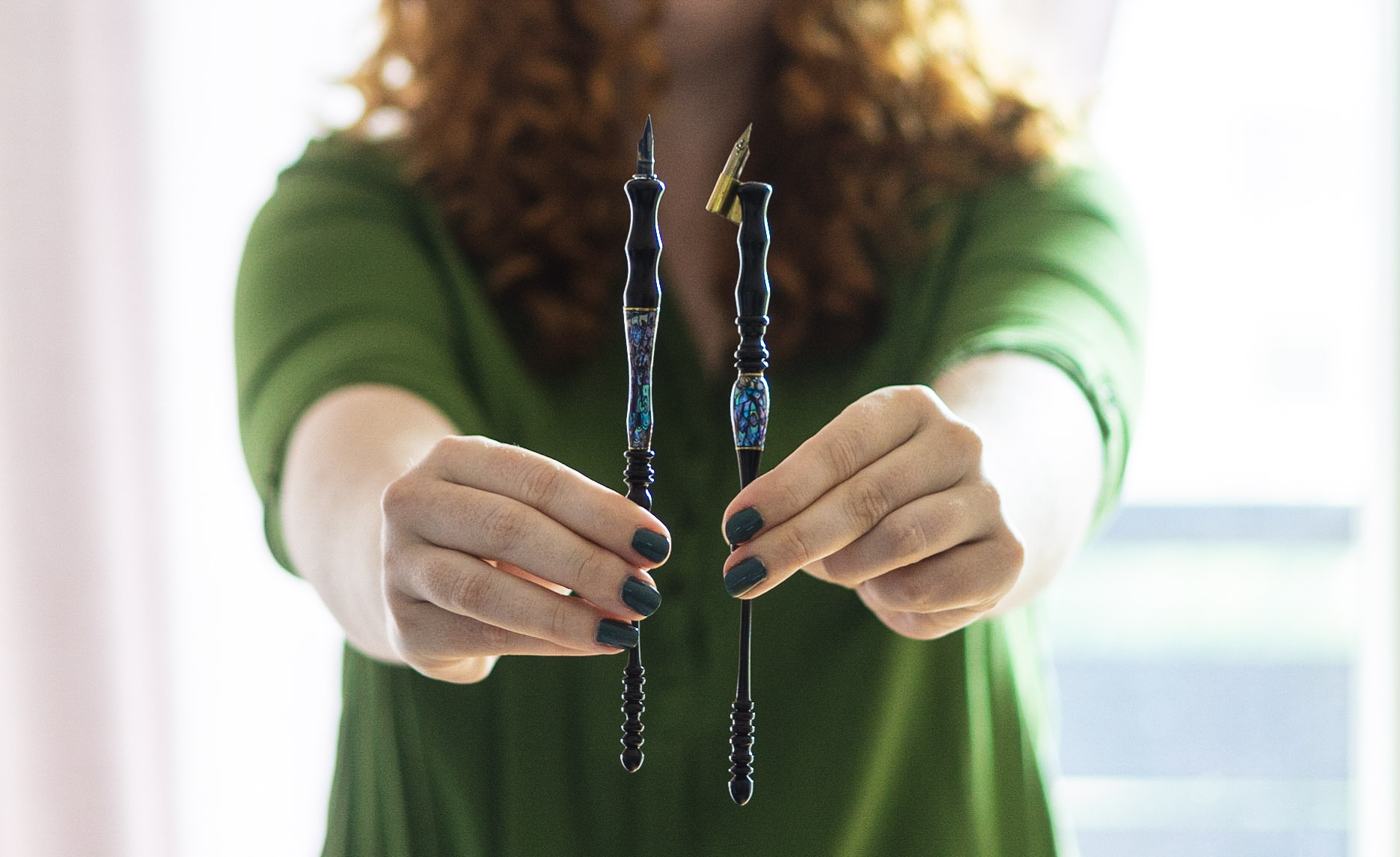 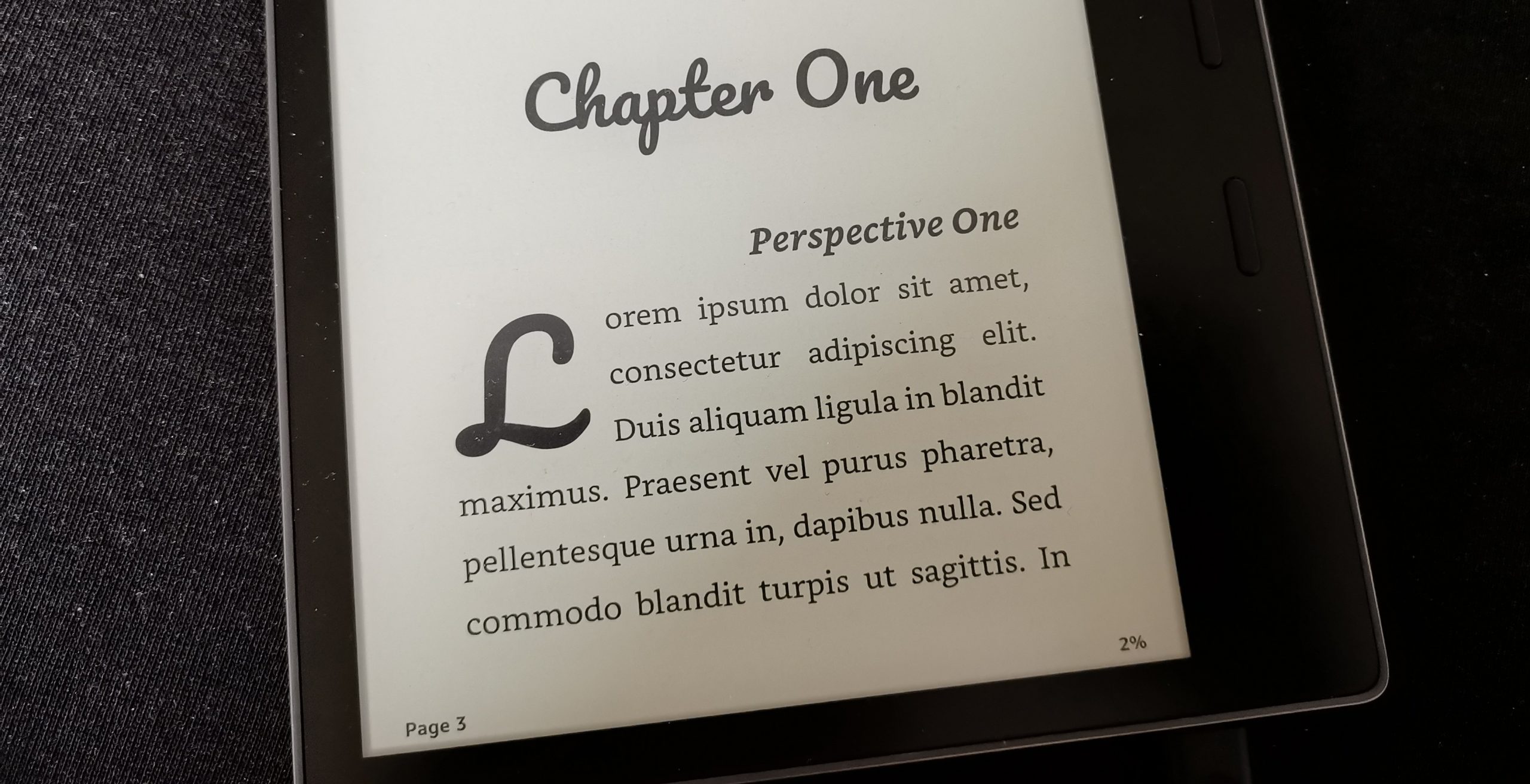 and a few websites and a code editor, but you can do it! 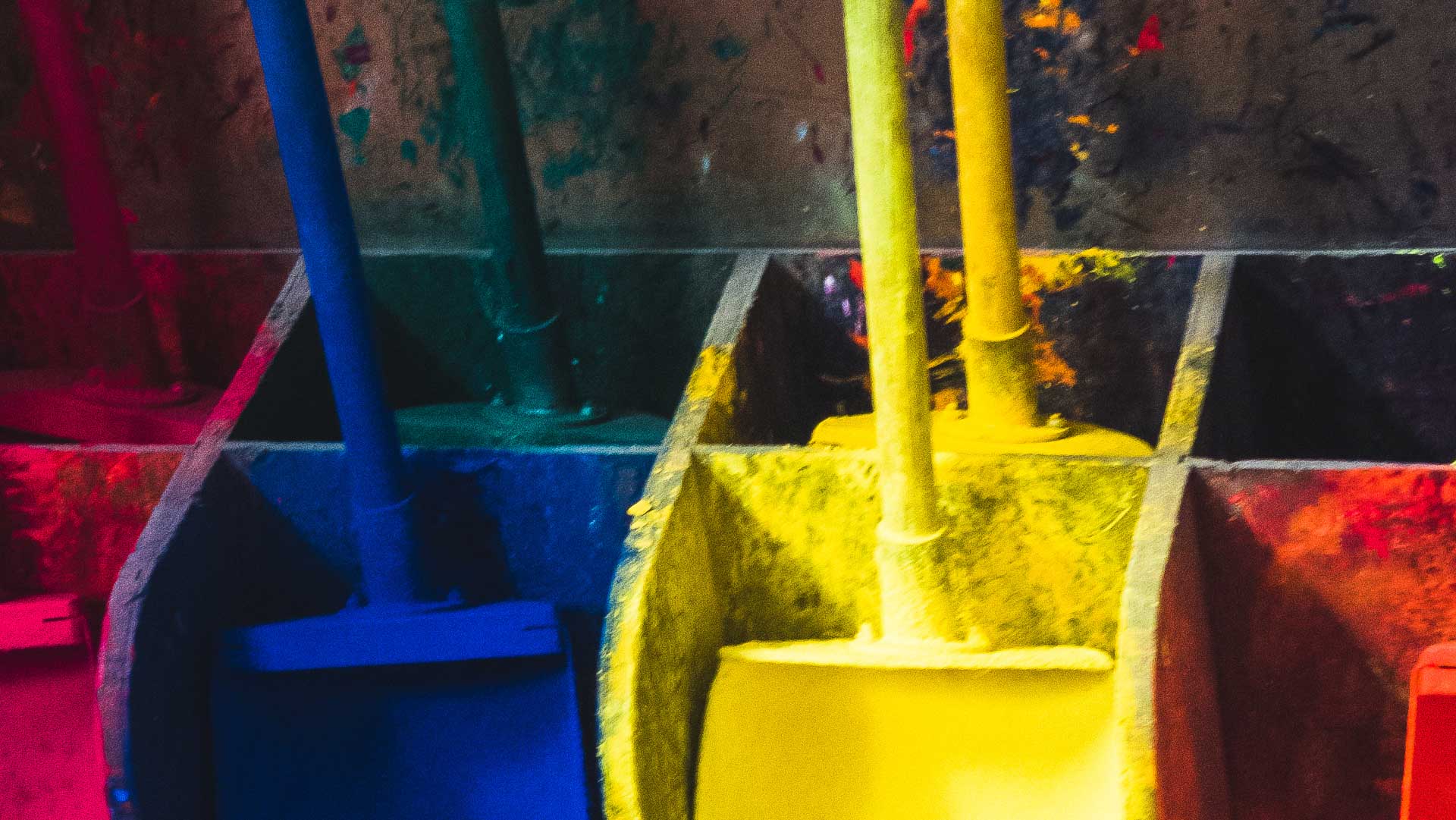 About coffee and pens and the smell of Inspiration